Ever since I watched Peter Jackson’s Lord of The Rings trilogy and The Hobbit, I have wanted to visit New Zealand.

This was later fanned by shows like Flight of The Concords, Top of The Lake and The Brokenwood Mysteries (what can I say I’m a sucker for mysteries).

My trip to New Zealand remains a bucket list item –it is pretty far away after all, at the very least thirteen hours away in the US -but I will get there!

Here are some of the things that totally inspire me to make my trip a reality.

Reason To Visit New Zealand #1 – The Lord Of The Rings

You really didn’t think this wouldn’t hit the top of my list of reasons to visit New Zealand, did you?

As an admitted The Lord of the Rings nerd, New Zealand is a must for me.

They did all the filming here and you can take The Lord of the Rings tours throughout the country.

For instance, you can geek out by visiting the spot where Frodo destroys the one ring, where the Ent forests are, and where Gondor lay.

As you might expect most of the sets from the movie were taken down, but a bit of the Shire still remains on the North Island and you can still see some of the hobbit houses on there.

While everybody raves about Auckland – which by the way is not the capital of New Zealand – I’m more interested in Wellington. Oh, and Wellington is the capital.

Not only does it have a beautiful harbor and cool architecture but it’s also a great jumping off point for LOTR activities – see a theme here? – as well as other natural must-sees.

From Wellington, you can get to Mount Victoria, which is within walking distance of the central city.

The forested areas of the Mount Victoria were used to depict Hobbiton Woods, where the hobbits hid from the black riders.

Other Wellington locations include

There is also Wellington’s Kaitoke Regional Park. This became Rivendell where the Council of Elrond took place and Frodo recovered from the wound he received from the blade of Mordor. The exact location – a grassy area surrounded by native forest – is listed in the parking lot.

If you haven’t already guessed I’m a bit of a fantasy movie maven. And if you weren’t convinced before then this should do it.

Weta Workshop is the special effects shop that created all the effects work in Peter Jackson’s LOTR and Hobbit movies.

Based in Wellington – convenient huh? – you can take one of the studio tours and see where all the magic of Middle Earth was created.

Ok, I get it, enough already with the Lord Of The Rings!

Here is a must-visit that I find absolutely breathtaking – the Waitomo glow worm cave.

Though the Waitomo glow worm cave is hyped and touristy it looks totally amazing. I’d love to walk down into the darkness or float down the river while staring up at caverns covered in “lights.” From the picture’s I’ve seen and the accounts, I’ve read it’s supposed to be like looking at the stars.

So there you have it, four reasons why New Zealand is on the top of my list of places I definitely need to visit before I die.

And I have a feeling that if I go once, I’ll go again, and again and again!

The writer of this blog is Chloe from the USA.  She is very keen on traveling to New Zealand. 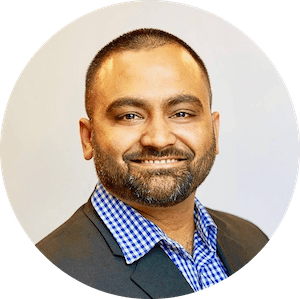 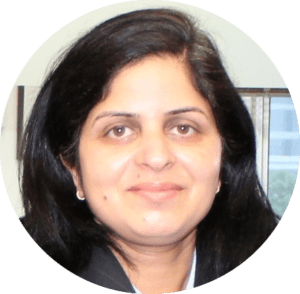 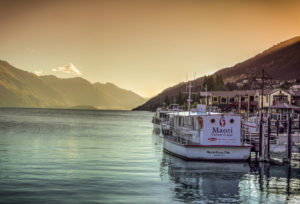 Hunting gold in New Zealand..almost :) my best ever new year eve in Queenstown!

I am Mamta, originally from India. I am currently studying in New Zealand. New Zealand itself is a multi-cultural nation, with a fusion of Maori 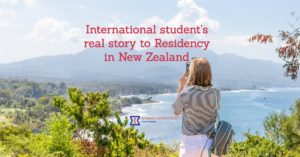 Hi everyone, I wrote two blogs earlier and shared my initial experience in New Zealand with all of you. In continuance, I wanted to share